Detectives with the Brunswick County Sheriff’s Office have arrested a Shallotte man charged with multiple offenses related to a home invasion. 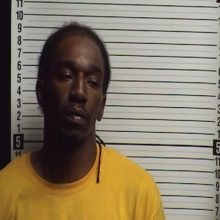 The incident occurred early this morning at a residence in the 1400 block of Morgan Road in Supply.

Khandon Onsha Frink, 33, of Todd Rd., Shallotte is charged with first degree burglary, assault with a deadly weapon with intent to kill inflicting serious injury, assault by strangulation, robbery with a dangerous weapon, discharging a firearm within an residence to incite fear, and possession of a firearm by a felon.

One victim was transported to a local medical facility.

Frink was arrested later this morning, was processed into the Brunswick County Detention Facility where he remains under a $350,000 bond.