The Detention Command Staff is directly accountable to the Sheriff for implementation of all of the Sheriff’s orders and direction concerning the operation of the Brunswick County Detention Center. 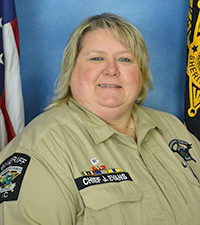 In February of 1995 Chief Jane Evans was hired as a part-time Detention Officer. In April of 1995, she was hired full-time in the jail as a Detention Officer where she worked until she was promoted to Corporal in 1998. She continued to advance through the ranks, making Sergeant in 2000, then Lieutenant in 2007 and Captain in 2011. In 2014 she was promoted to Chief and designated as the Chief Jailer. 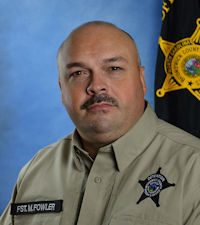 Lieutenant Fowler was hired full time in March of 2008. He was promoted to Sergeant in September of 2013 and First Sergeant in July of 2014. On September 27th, 2012, Fowler was chosen as the Eastern Region Detention Officer of the year by the North Carolina Jail Administrator’s Association. In July of 2016 he was promoted to the rank of Lieutenant.

Lieutenant Michael Fowler is in command of the Transportation Unit and assists the Jail Administrators in supervising the daily operations of the Detention Center.

The Detention Center Command Staff is responsible for directing the operation of the Brunswick County Detention Center including the supervision of the detention staff, overseeing inmate care and adhering to department policies and procedures to insure the security, safety and well-being of employees and inmates.