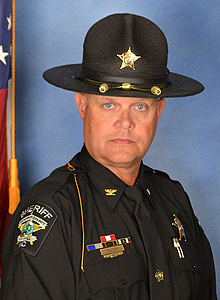 Chief Miller was elected to the Brunswick County Board of Education in 2006 and served for three and half terms. During his tenure on the Board of Education he served as Vice Chairman and Chairman until he resigned in 2020. In November of 2020 Chief Miller ran and was elected to the North Carolina House of Representatives for District 19. During Chief Miller’s first term as Representative for District 19 he sponsored 70 bills, championing the historic Disaster Relief & Mitigation Act (HB 500), which prepares NC to respond quickly to hurricanes and other disasters. Additionally, Chief Miller introduced the Highway Cleanup Act (HB 100), which restored inmate litter cleanup crews to keep trash off the roadways and out of the environment. Coordinating with local governments and constituents in House District 19, he brought back a record-setting $78 million in state funds, directly to our community.

He is a member of Pythagoras Masonic Lodge 249 in Southport and attends Mount Olive Baptist Church in Bolivia.

Chief Miller is married to Patty Miller and is the proud father and grandfather to one daughter and one granddaughter. Chief Miller resides in Southport, where he was born and raised.

Chief Miller is responsible for all budgetary items as well as personnel issues of the Office. Chief Miller works directly with Sheriff Ingram on all issues concerning the Office and together they strive to give the citizens of Brunswick County the service that they deserve.

Chief Deputy Miller is assisted by an Executive Assistant.