The Professional Standards Division’s goal is to ensure the integrity and professionalism of the Brunswick County Sheriff’s Office. They work diligently with the other divisions along with County, State, and Federal governmental agencies to uphold employment and performance standards that ensure the Sheriff’s Office continues to be staffed by the highest caliber of personnel in the law enforcement profession. 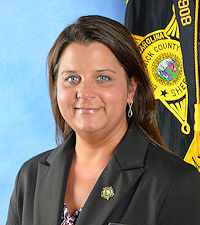 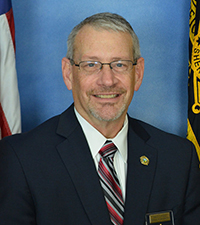 Mose Highsmith literally grew up in law enforcement. He was a founding member of the Explorer Scout Post with the Wilmington Police Department in 1974 at the age of 16. He was hired as a paid Police Cadet in 1977, was sworn as a Police Officer in 1979 and worked as a patrol officer until 1982. Mose then worked at Progress Energy before returning to law school. He also served as a reserve deputy under Sheriff John Carr Davis. Mose attended law school at Campbell University, graduating in 1996, and served in the Attorney General’s Office for the Eastern Band of Cherokee Indians as the Tribal Police Attorney; an Assistant District Attorney in Haywood County, where he served on the domestic violence task force and successfully prosecuted the first marital rape case in North Carolina. He was the Sheriff’s Attorney and Legal Advisor in Henderson County from 2000 until 2005, and was in the private practice of law from 2005 until 2011 before returning to public service.