A well equipped Aviation Unit is one of the most valuable assets a law enforcement agency can have. The Brunswick County Sheriff’s Office Aviation Unit uses a US Military surplus Bell OH-58 Helicopter to provide air support to our county.

The Aviation Unit consists of Pilots and Forward Observers that come from varying ranks and divisions with the Sheriff’s Office. The Forward Observers are responsible for many valuable functions in the sky such as back up navigation, field observation, communications and camera operations. 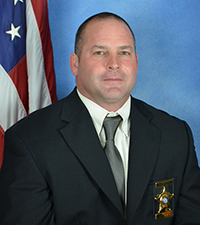 A law enforcement helicopter is often referred to as a “force multiplier.” It has become an indispensable part of the Brunswick County Sheriff’s Office. Nationwide studies have shown that helicopter/car teams have higher felony arrest rates than that of car teams alone. The helicopter’s aerial advantage gives it many more times the surveillance capability of a ground unit. This vantage point, plus the speed in which a helicopter can get a trained observer over a crime scene, provides containment that often essentially assures an arrest. It does so efficiently, without having to pull other patrol units from their areas of responsibility.

A helicopter’s vantage point permits observation of activities not seen by ground officers, such as on rooftops and in fenced yards. At normal patrol speeds and altitudes, a helicopter can keep an object in view on the ground ten times longer than a ground officer moving at normal street patrol speeds. Our helicopters are equipped with tracking equipment capable of locating bank robbers and stolen vehicles. We have color and forward looking infrared (FLIR) cameras and 30 million-candle power spotlights that enable us to find suspects at night.

In addition to its many law enforcement applications, the helicopter may be required to assist other agencies in diversified missions. We have assisted other agencies within Brunswick and other surrounding counties with a wide variety of surveillance and other missions. The unit also plays an active and key role in activities relating to homeland security details and providing aerial security/surveillance for Port Security, Sunny Point, Progress Energy and assisting the Coast Guard with security and search and rescue missions.

The helicopter’s excellent visibility and the ability to hover make it a very effective search and rescue vehicle. Unhampered by terrain, a helicopter can quickly bypass ground obstacles, saving valuable time. It can search large areas quickly, allowing ground searchers to concentrate their efforts in other search areas. Using the hoist we can insert rescuers and evacuate victims. The time saved can easily mean the difference between life and death.

The Aviation Unit is solely funded by drug seizure funds and grants. At no time are any county tax dollars spent on the helicopter program. The unit continuously looks for ways to acquire the latest technology without impacting the agency’s overall budget. The military surplus program allows the agency to purchase parts for the helicopter, fuel, flight suits and other miscellaneous items directly from the military at tremendously reduced prices, sometimes just pennies on the dollar.